The up side of night shift… 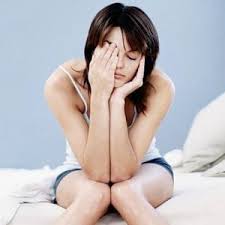 … whether or not you have ADHD, mind you.

– It’s the only opportunity you’ll ever have to make double money while sleeping. If you get the chance to have a nap, that is.

– You’re part of the secret world of the night… the streets are quiet, the houses are dark. The night shift comes out to play…. While crazy remains crazy, there seems to be an extra spooky factor added.

– Daytime, when everyone else is working, is surprisingly quiet for sleeping!

– Time actually seems to fly when you’re half hazy and slow… probably because you’re slow.

– At some point sleep deprivation makes you feel high as a kite. Drug fee. Talking to me the day after night shift is like being in the Circle on That 70’s show. Which also is a good show to watch during night shift.

– People admire you: they could never do that. Unless they have to, I suspect.

Posted by busydarling on February 24, 2014 in Acute Psychiatry, Health, Work

Trying to fly over the cuckoo’s nest?

I work in acute psychiatry, I deal with the extremes on a daily basis. Even then, you don’t see this very often:

She’s somewhere in her early twenties, and had been phoning 112 persistently, but the operator had no idea what she was talking about. Police went in and found her, barefoot, with half her hair chopped off, the strands still clinging to her. She explained to the male officer that he had raped her, then went on about one side of her body being good and one being evil. And asked to be helped, not hurt. She couldn’t tell them het name, but she did wee in the car.

They phoned us, after taking her in to the station.

Her behaviour was erratic, she even tried to fly. She spoke like a child. She wanted to talk to the nurse but didn’t want to talk to him. She had no idea what she was doing, and was obviously hearing quite interesting things and when asked if she was hearing voices reacted as if it was an epiphany. I could make very little sense out of her. But, good to know that she had no intention to sleep with either the nurse or the senior officer. Not that either was thinking of that. I still don’t know her first name, but she tried to walk through me. All while holding on to a serene expression. Considering that she couldn’t even make sense out of the question of wether she wanted help and be admitted (I help myself, and I am both good and evil, please don’t hurt me? I will stay here then… -but you can’t stay at the police station- well that is your problem)…we decided to admit her under the mental health act.

She’s very unwell. And unsafe. What if she tries to fly off a balcony? Or cross the road for that matter?